The Book of Joy: About the Authors

Authors: His Holiness The Dalai Lama and Archbisoph Desmond Tutu with Douglas Abrams 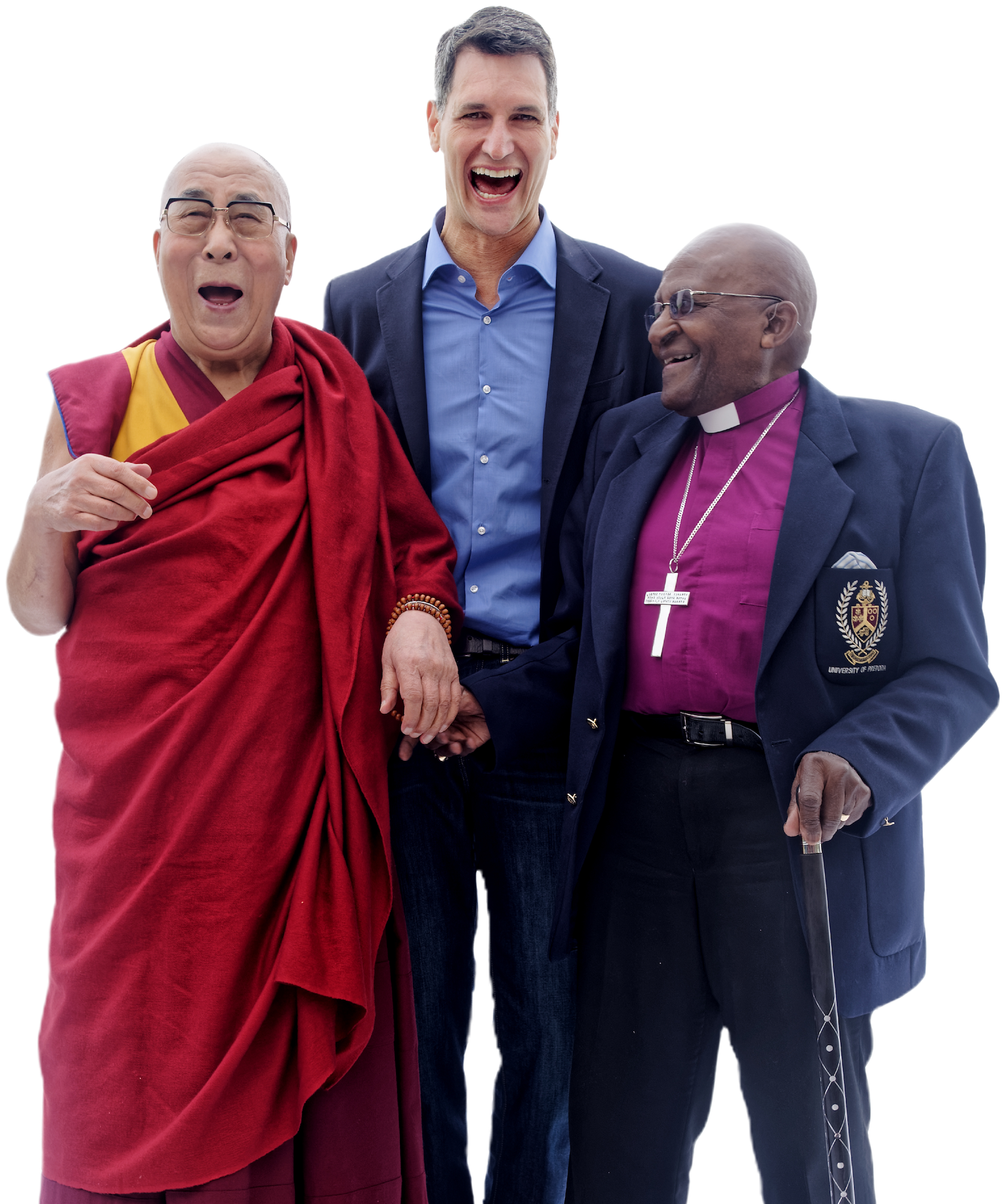 Books from the ICC Library

The Book of Joy from Human Journey on Vimeo.

His Holiness the 14th Dalai Lama, Tenzin Gyatso, is the spiritual leader of the Tibetan people and of Tibetan Buddhism. He travels extensively, promoting the message of kindness and compassion, interfaith understanding, respect for the environment, and, above all, world peace. The Dalai Lama has been a passionate advocate for a secular universal approach to cultivating fundamental human values. He lives in exile in Dharamsala, India.

Desmond Mpilo Tutu was awarded the Nobel Peace Prize in 1984. In 1986 he was elected archbishop of Cape Town, the highest position in the Anglican Church in South Africa. In 1994, after the end of apartheid and the election of Nelson Mandela, Tutu was appointed as chair of South Africa’s Truth and Reconciliation Commission to investigate apartheid-era crimes. His policy of forgiveness and reconciliation has become an international example of conflict resolution and a trusted method of postconflict reconstruction. He is currently the chair of The Elders, where he gives vocal defense of human rights and campaigns for the oppressed.

Douglas Carlton Abrams is an author, editor and literary agent dedicated to working with visionaries who are creating a wiser, healthier and more just world. He has collaborated with Desmond Tutu as his co-writer and editor for more than a decade. He lives in Santa Cruz, California. — from the publisher.

Read more about Archbishop Desmond Tutu or the Dalai Lama in Encyclopedia Britannica.